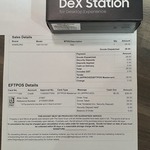 First post so be nice :) Fished one of these out from the clearance section at my workplace. Scanned at $29 with a $1 discount available bringing it down to $28

Stock availability at time of posting is (edited at 4.45pm):

Don't hold your breath if there's 1 unit left as it could be pending stock adjustment.