Log into Rocket League between now and 5am Feb 22 AEDT to receive 500 free Red Envelopes to redeem in the Lucky Lanterns event. It would normally take around 4.5 hours of grinding (not including search time) to earn 500 Red Envelopes.

we’re giving 500 Red Envelopes to everyone who logs into Rocket League now through February 21 at 10:00 a.m. PST (6:00 p.m. UTC). The Red Envelopes will be added to your account automatically the first time you log in. Please grab a Golden Lantern, XP Level Up, or more on us! 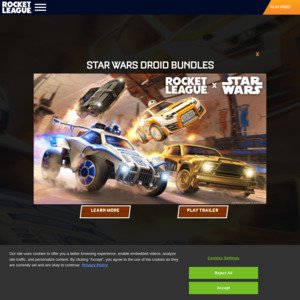