This was posted 6 months 17 days ago, and might be an out-dated deal.

Sushi sushi is offering Roll for roll :)
Cash in your toilet roll for a free hand roll ( 1 per customer only , not apply for NSW ) 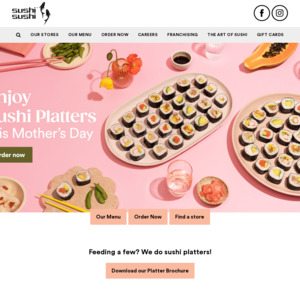