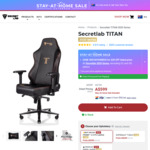 With the move towards working from home in these unusual times, I've been looking for a new office chair for myself. I noticed that Secret Lab has a "Working From Home Sale" that brings the 2020 TITAN (PU leather) down from $700 to $569 with free shipping. The fabric edition comes down to $619.

Not sure if I'll pull the trigger myself, but thought some other OzBargainers would be interested.

Link to the rest of SecretLab Sales 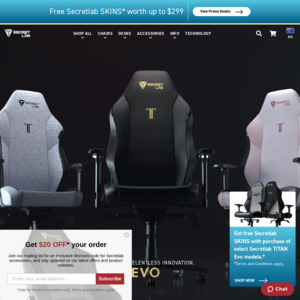