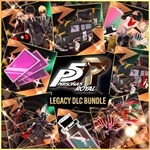 Really enjoying the game so far

Most DLCs cost around $10-$20 just for costumes and sets but these ones are free! Was hard to find.

And another DLC https://store.playstation.com/en-au/product/EP0177-CUSA17419...
just Tracksuit Costume Set thanks to @Bonbi