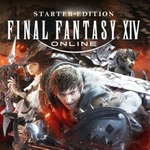 According to Google this was previously $17.95.

*User Registration and Service subscription required to play the Game. Age restrictions and other Terms and Conditions apply.