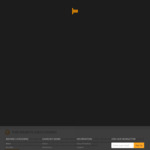 This great price for a great classic is back.

First up, while it says on the website the game is for MacOS only you will get a Steam key and can play in Windows of course - the reason it only states MacOS is related to licensing.

Build and manage the city of your dreams with the latest major installment of the SimCity franchise in SimCity 4 Deluxe Edition. With this Steam key, players will get access to franchise best-seller SimCity 4 as well as the all-new SimCity 4 Rush Hour Expansion Pack.