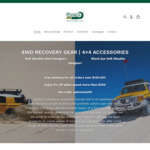 Shared on a 4wd page im a member of.

10% off sitewide on 4wd recovery equipment, plus numerous items already on sale so the coupon doubles up on the discount making the products exceptional value. Aussie owned, and shackles etc are hand made on the Gold Coast.

I own several of their products, and quality is up there if not better then the name brands like ARB, Drifta etc only cheaper. You can check their FaceBook page for test results and additional product details https://www.facebook.com/george4x4recoverygear/ 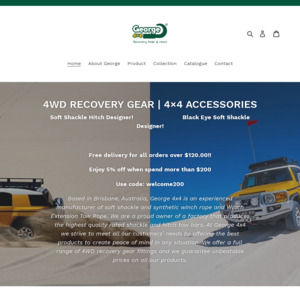