Just spotted that the New York Times has halved its regular deal and is offering a $1/week subscription for 24 hours. I personally think their journalism is world class and this is a great deal. 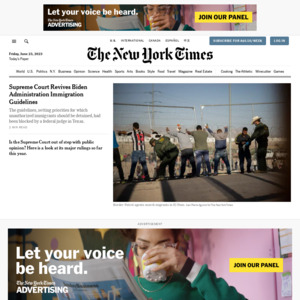