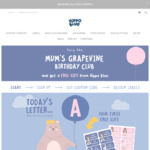 High quality sticker labels~~ I have used them for my baby's CC bottles for many months and they had been through to countless times of dishwashing and steam sterilising and they are still staying strong! They have not curled up in the corners or peeled off at all after all these months. I bought some Groupon labels before getting the Hippo Blue ones and the corners peeled off after just about 3 days of using with just some gentle hand washes & steam sterilising so I have not looked back since I got those Hippo Blue stickers : )

Each coupon is valid for 1 use to claim 1 free Mum's grapevine Birthday Club name labels pack.

Each letter is available for 3 days after being announced until 3am AEDT. A new letter will be announced every day at 6am until every letter of alphabet is covered.

Multiple sign ups with the same email address is allowed to get additional coupon codes.

Redemption code is valid for a one time use only to redeem one free pack of name labels.

Personalisation of one name allowed per name label pack. 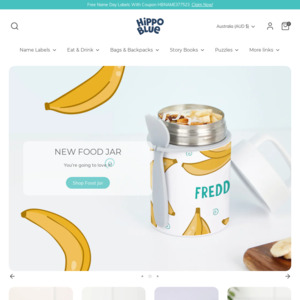