It's been called the best superzoom in the world, the most versatile camera in the world, and the most usable camera in the world by reviewers / bloggers. There have been rumors of the Mark V for at least a couple of years but when it's released it's likely to cost at least $1,000 than this price and the Mark IV is unlikely to get any deep discounts in my opinion (just look at the history of its very busy "little brother" RX100 line).

I have had an eye on it for the past few months and the lowest I'd seen it drop was $1,800 during a couple of 20% DigiDirect sales that were very tempting, as they sell for the same price used on eBay. I ended up getting one during the 11.11 sale at Camera House for $1,785 with an additional $45 tracked via ShopBack.

I was quite annoyed with myself for not waiting for the Black Friday when I saw this (I don't have a price protection credit card), although this was a calculated risk, but hopefully others can snag this powerhouse of a camera at this price.

I can also highly recommend this case for it instead of the Sony one, which is around 3 times the price. It got delivered in something like 3 days, even though Amazon's own estimate was more than a month. 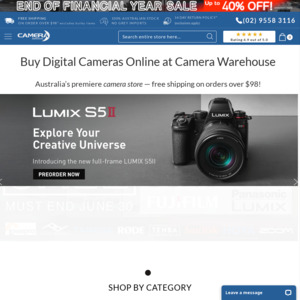