This was posted 7 months 28 days ago, and might be an out-dated deal.

Seems Gadget Lifestyle has a 5% coupon available for these sets of RAM that should be applied at checkout. Seems like good prices for some high speed RAM. Loads of different configurations available, links to some below, various stock levels for each. 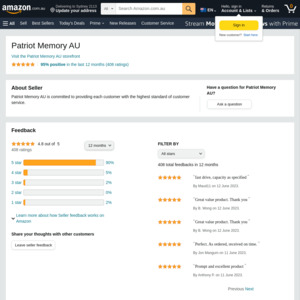