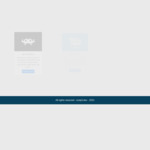 Xbox One consoles can play from NES up to PS1 games.

Xbox Series consoles can play from NES up to DreamCast, GameCube/Wii and limited PS2.

PPSSPP is for playing PSP games.

Basically you're making Xbox a RetroPie killer for free.

Please give a massive thanks to the people doing this in the Discord #general room. This would be a lot of work for them to be whitelisting all the people.