This was posted 8 months 12 days ago, and might be an out-dated deal.

I just ordered one, i'm hoping this can catch the wifi signal (no ethernet downstairs) and pass the internet via ethernet to 4 devices :) cheaper than getting an ethernet port installed. 4hrs to go on special (will end 3pm today) - i'm not associated

Mod: 100% Claimed, join the waitlist. Recommend doing it via desktop site (it often doesn't appear on mobile) and refreshing the page every couple of minutes, don't rely on it alerting you. 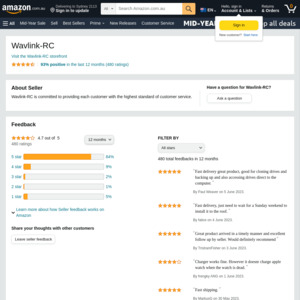