I'm in the market to buy a king mattress and sleeping duck seem to fit in my budget. However the website is very fancy and heavily marketed via youtube and uses words, which only sounds good, to describe its product features. Ex, AirGrown foams, hexa-cells, antigravity, componentadapt system. breathetech, multi-zoned steel spring system and so on.

Any sleeping duck owners here that can comment on the Mattress quality and their experience? I get that Mattress is a subjective thing etc and there is a 100 day trial period but I just cant be bothered going through the hassle of returning something.

Also the reviews in productreview website are all 5 star from customers who've never reviewed before. So this is kinda sus.

Koala on the other hand has had much greater rep at least on this website and its almost $1000 cheaper - in the end its all foam aint it?

Also, their warranty has some restrictions on what type of base it is used so I'll be limited with their crappy looking base.

Appreciate your thoughts. thank you! 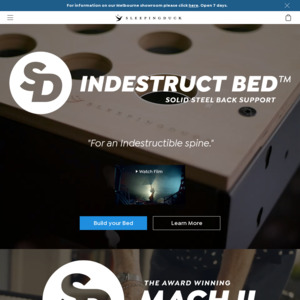