This was posted 9 months 8 days ago, and might be an out-dated deal.

Every Friday until 26/02/21, Jim Beam are giving away 500 x 4 packs of their Black Double Serve. The product is free and so is delivery - T&C's are here: https://upgrade.jimbeampromotions.com.au/terms-and-condition...

The portal will open at 12:00am AEDST each Friday and close at 11:59pm AEDST on the same Friday (if you press the link outside of this time, the portal is closed and you cannot claim - you have to wait until FRIDAY). Looks like the T&C's have a limit on the total value of the promo, so is likely this will be Ozbargained quickly!

📝 To set a Reminder for deals that start in the future, click the " 🔔 Reminder" link to generate an event for Google Calendar or iCalendar. 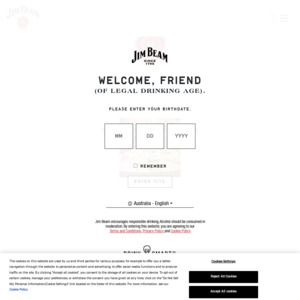