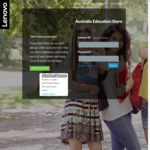 The Lenovo USI Pen is great for extended notetaking and writing, fine art or graphic design. The pen with its USI protocol supports Chrome OS and provides an industry-leading 4096 levels of pressure sensitivity for natural writing and sketching, along with a 150 days battery life based on 2 hours in active use daily.