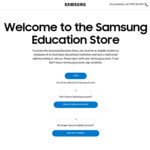 FYI the 5g version has a snapdragon processor while the 4g has a Exynos - might explain the price difference and swayed me to the 5g.