HSBC Mortgage - Direct or with a Broker?

I'm looking to move my mortgage, currently with Heritage on a variable 2.54% with offset (which took some effort to negotiate them down to).

I see HSBC also offer the same 2.54% with offset, with $3288 cashback and the option to fix a portion for two years (non-offset) for 1.88%. So after 2 years, if they don't have any good deals on fixed, i'd roll the fixed portion to the variable at the same rate i'm currently paying, having saved some interest for 2 years plus the cashback.

The other option I was looking at was ANZ's fixed for one year 2.04% with $3000 cash back and an offset — but if they don't have any good deals at the end of the year i'll be looking to switch banks as their variable rates seem well above what i'm getting.

Has anyone here moved to HSBC and have any feedback. Also would a broker be able to do a better rate than the advertised rates or am I better off just going direct to HSBC?

If you managed to do better with a broker, who did you use?

Thanks for any feedback 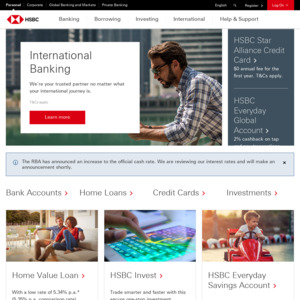