Was $69 now $49. Note in description it says available to 'Qantas Staff Only' but 2 recently purchased arrived OK.

No guarantees though. Suspect worst case is they refund.

Exclusive to Qantas Staff only. The perfect gift for the high-flyer in your life (or just an excuse to pamper yourself!). Designed to make time at home a little more enjoyable, we have curated a special Business class pack that features a selection of inflight items, including our iconic Qantas pyjamas, Business Class wine, amenity kits and Li’tya skincare products (Please note that these products are from our in-flight range, and come in a 120ML bottle, filled to 80ML to allow for cabin air pressure).

Products in the amenity cases expire in August 2021. No refunds or returns apply for change of mind. 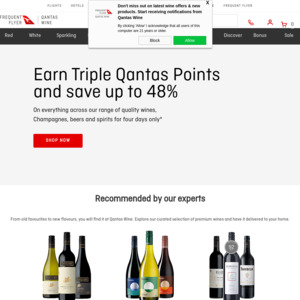