This was posted 8 years 5 months 27 days ago, and might be an out-dated deal. 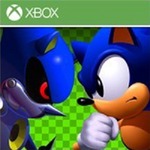 Two of the best mobile games from SEGA are now free for Nokia Lumia users!
Support both Windows Phone 7 & 8

Edit: Both games have had Xbox Live features stripped. (thanks for the comment!)

SEGA’s Sonic CD is now available for free for Nokia Lumia phone owners
Quote from WP Central:
"Sonic CD is a remake of the classic 16-bit Sega CD game. It plays much like other Sega Genesis Sonic games, though the focus on exploration has increased thanks to much larger levels and new gameplay mechanics.Sonic’s nemesis Dr. Eggman has traveled back in time to change the history of Little Planet and gain its power. Sonic must jump back and forth between past, present, and future versions of seven different zones, destroying Eggman’s robot teleporters and eventually doing battle with a robotic version of himself: metal Sonic.

The Windows Phone version of Sonic CD features a ton of improvements over the classic game, including true widescreen visuals, two selectable soundtracks, and the newly-playable sidekick Tails. All told, we consider this one of the very best games of 2012."

Sega’s Super Monkey Ball 2: Sakura Edition, or just SMB2:SE
Quote from WP Central:
"SMB2:SE is a significant bump in quality over the original Super Monkey Ball though some may find the controls a bit challenging and the graphics a bit dated. The Xbox version does garner 4 out of 5 stars, which is actually pretty decent though.

The game’s conceit is simple: roll a monkey around in a clear ball through mazes while picking up bananas. Makes total sense to us. You even get to choose your chimp for that custom feel. As a nice throwback to arcade games of past, SMB2:SE does work well on mobile as a good time waster with fun and challenging levels. Plus it’s kind of adorable and so darn chipper it’s hard not to like it.: 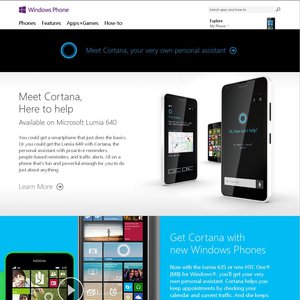