This was posted 8 years 14 days ago, and might be an out-dated deal.

BulkProteins.com.au is having the largest sale in bulk supplement history. We are taking 20% off all products for the month of October. Our WPI is now 50% cheaper than most other stores.

No coupon code required, all pricing is already reduced. 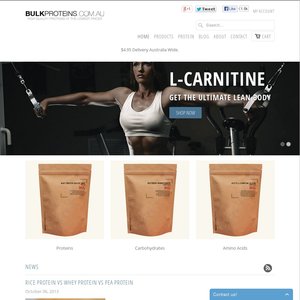