This was posted 7 years 7 months 8 days ago, and might be an out-dated deal.

Haven't been post deal for nearly a month , hope guys enjoy the deal .
Warm remind : People can buy bulk order with this $0.99 price/pc .
Thanks ! 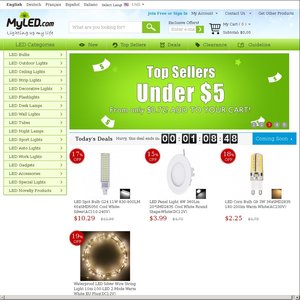