Yes. It's a coordinated April Fools' Day prank with the Catch of The Day. See updates here. For those who missed out, here is the screenshot of OzBargain home page between 10AM and 5PM on 1 April 2014.

tl;dr — OzBargain has been acquired by Catch of The Day. We will change our name to CatchBargain and all staff will move into The Catch Group’s Melbourne office.

OzBargain is currently in its 8th year of operation. Started as a little humble blog back in 2005, and these days hundreds and thousands of Australians flock to OzBargain everyday to share, discuss and discover the latest Eneloop deals, Domino’s pizza coupons and cheap Steam games that you never will find time to play. Yada yada yada. Yes I know many people already know about the history of OzBargain and the rest probably don’t care. History is not that interesting anyway — we ought to focus on the FUTURE of OzBargain. That is what this post will be about, concerning what lies ahead of our beloved website.

Back in February this year, our community manager Neil visited Catch of the Day office in Melbourne, and that was an eye-opener. FREE snacks (yes, candies!) FREE gym, FREE basketball (to balance out after way too many sweets I guess) and all you can play GoldenEye 007 on Nintendo 64! Yes that very game that almost failed my uni degree. It sounds like a dream office for ozbargainers with all those freebies, and that got me thinking… 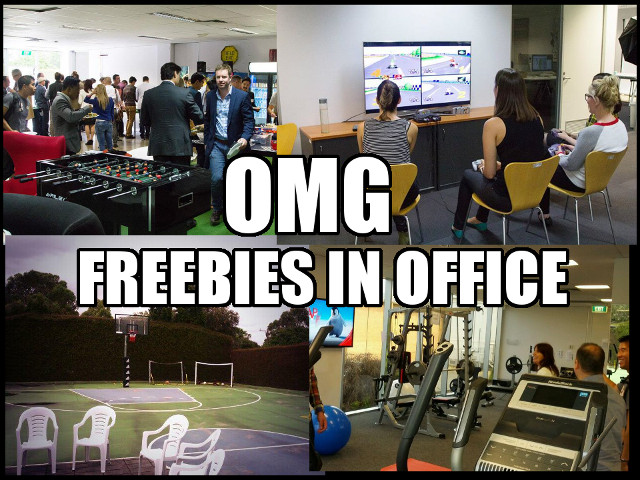 OzBargain and Catch of The Day go way back. They were one of the first daily deal retailers featured on the old OzBargain blog when they launched in 2006. We have witnessed the infamous Crash of The Day events at the beginning where the swamp of bargain hunters hammered their website into oblivion trying to snatch $199 Nintendo Wii. We have seen how the group has grown — Scoopon, GroceryRun, MumGo, etc. Whereas OzBargain — well, after 7 years we are still working in our PJ's in our own homes (in my case, my garage) having to buy our own lollies. That, is about to change.

At the beginning of March I emailed Gabby congratulating him on the achievement of The Catch Group, also mentioned Neil's trip to their office. The conversation turned to how OzBargain has been going, and the next thing you know — Catch of The Day has offered to acquire OzBargain! With the lure of FREE lollies, FREE gym and the prospect of playing basketball and GoldEye every freaking day, the decision was a no brainer. So this is official —

OzBargain has been acquired by The Catch Group for some undisclosed sum plus benefits including unlimited free snack bar access, unlimited gym access and basketball games all day everyday. All OzBargain staff will move to The Catch Group's office in Mulgrave Melbourne. 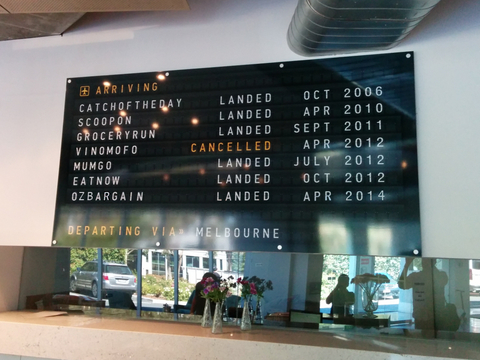 This must come as shock to our community. It is understandable as there seems to be a love-hate relationship between OzBargainers and Catch of the Day — we can’t stop calling them names and voting down their deals, yet we kept on buying their bags of crap. What is going on now that OzBargain itself is in bed with that evil retail empire?

There is no need to press that PANIC button yet. Although OzBargain is now part of The Catch Group, we will try very hard staying unchanged — being the independent voice of the consumers, and always focusing on the community. Here is a list of upcoming changes: 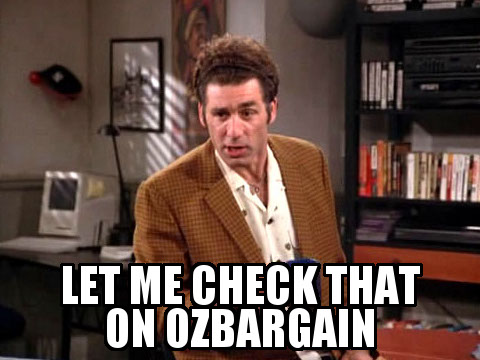 Or "May The Force be with You", or "So Long and Thanks for All the Fish", or whatever phrase before the final remark. Over here we would like to thank all OzBargain community members for the support. You guys made OzBargain, hmm I mean CatchBargain, what it is today. I know some of you might still be in shock, and some might even feel a bit of disappointment.

After running a community website for 7 years, I also know that no matter how much reasoning there is, haters gonna hate. At the same time do not forget all the benefit of a joined entity where all the bargain hunters in Australia can search and discover new deals more efficiently! It is not an end of era — it’s the beginning of a new future.

Feel free to leave your congratulations, feedbacks and comments below. Meanwhile I need to go and fill myself up in the snacks bar and catch some Pokemons later.