This was posted 5 years 6 months 13 days ago, and might be an out-dated deal.

Walking past Circular Quay this morning I saw a rediATM tent with people swarming it. Without investigating I decided it wasn't worth being late to work. Just checking what I missed out on and it seems they were giving away free money. FML.

Details as per their website:
rediATM is giving away a total of $100,000 spread across nine events Australia-wide between 17 September and 19 November 2014.
At each event our promotional staff will be randomly handing out rediATM gift cards worth either $20 or $200.
For your chance to get your share, be at one of the events. If you are one of the lucky ones who receive a rediATM gift card, just take it to the nearest rediATM to cash it in. 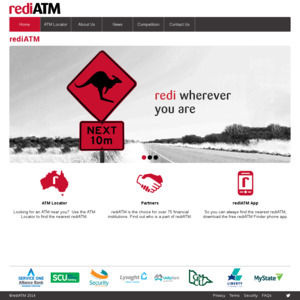