This was posted 5 years 9 months 26 days ago, and might be an out-dated deal.

Hi guys. First post here which I hope some people will find useful. This is a fantastic program for your Mac and now half price!
Here is a link to the overview. https://www.obdev.at/products/littlesnitch/index.html 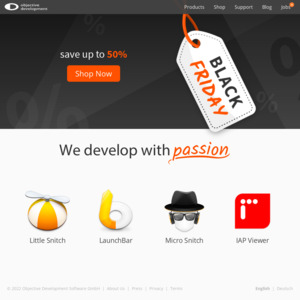