This was posted 6 years 5 months 19 days ago, and might be an out-dated deal.

I was putting together my new PC and needed an OS without the hassle of a DVD (my NUC doesn't have a dvd drive) and found this store.

This is cheaper than anything I've managed to find in Australia, and delivery of the license key is within 24 hours. You can download the actual software from the windows and just enter in the key and you're good to go!

They also have the Windows 10 Pro for $129.90: http://moonboxsoftware.com.au/collections/windows/products/m...
But this price can also be found in a couple of other places. 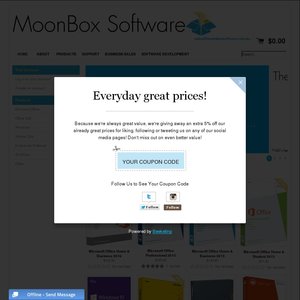