This was posted 4 years 3 months 11 days ago, and might be an out-dated deal.

Yes it's a similar post to the previous deal, but there is currently stock available for both colours.

Must use coupon PRESENT on checkout to receive discount

Pre-order, this flagship device is expected to be released on September 22, 2017.

Samsung Galaxy Note8 (64GB Australian Stock 4G LTE) is the next-generation premium flagship phablet of the 2017 Note series by Korean tech giant Samsung. Announced in August 2017, this beast of a device is expected to be released in September 2017. It boasts specs far better than all previous flagships and redefines consumer expectations. Boasting a full metal-and-glass construction, the phone offers glass on the front and metal on the back, bend in unison creating a seamless and flush surface all around. The phablet models a huge 6.3-inch Infinity Display that is the biggest to feature on any Note device till date. It is nearly bezel-less allowing a larger edge-to-edge screen. It employs Super AMOLED capacitive touchscreen technology with Full HD 2960 x 1440 screen resolution which can be changed to QuadHD+. Supporting multitouch functionality, the screen packs a massive 521 pixels per inch of the screen allowing for stunningly clear visuals. Also, it features latest Corning Gorilla Glass 5 protection (back panel) which is capable of deterring bumps and scratches.

The 8.6mm thin smartphone is IP68 certified and therefore offers waterproofing capability up to 1.5 meters underwater immersion for 30 minutes. Just like previous models, the Note8 also features a stylus: the S Pen. This all new S Pen comes with a 0.7mm tip with 4096 pressure levels and introduces a number of creative features to express yourself such as Live Message which lets you draw emojis as well as animated GIFs, Samsung Notes for quick bullet notes and drawing up designs with a massive selection of brushes and pens, Screen Off Memo which lets you take quick notes by just taking out the S Pen and writing on screen without even unlocking the phone. The possibilities with the new S Pen are virtually limitless. Other S Pen features include Magnify, Glance, Bixby Vision, Translate, Screen Write and Screen Select.

The internal hardware of the Galaxy Note8 comprises of a powerful Exynos 8895 chipset from Samsung. This chip comprises of an Octa-core 10nm CPU featuring four 2.3GHz core and four 1.7GHz core processors. The chip has a massive 6GB RAM that enables extraordinarily fast multitasking and app processing. For internal storage, a 64GB ROM is provided and has Android OS v7.1.1 (Nougat) pre-installed. The storage can be further expanded up to 256GB via microSD card slot. There is big news for gaming enthusiasts as well as the Note8 comes with Vulkan APL. This technology allows for faster connections between the CPU and the graphics unit which in turn allows you a seamless and completely lag-free gaming experience no matter how heavy the game is. It also ensures that your phone does not lose battery power quickly even when playing powerful multimedia.

As expected this flagship phablet from Samsung is big on security specs. It offers biometric authentication along with Samsung Knox. The biometric features include an iris scanner, one of the most foolproof ways to keep information accessible only to you. With this security feature enabled, all you need to do to unlock your phone is to bring it close to your eyes. The phone automatically scans your own unique iris and authenticates unlocking as soon as it recognizes your iris pattern. Other features are fingerprint scan, face recognition, pattern unlocking, password access and PIN numbers.

In terms of camera optics, Samsung Galaxy Note8 has a 12.0-Megapixels Dual rear camera with Optical Image Stabilization, face detection, Auto HDR, simultaneous 4K video (30fps) and 9MP image recording, 2x optical zoom and up to 10 max zoom. Its Live Focus function provides a beautiful bokeh effect which focuses on the subject and blurs out everything in the background. The degree of blur can be adjusted once the photo has been captured to give you more control over your photography. You can also select the outside the frame option for an extended capture of moments which usually get missed with regular cameras. This camera comes with a number of pre-set modes and is especially capable of clear night time capture. Furthermore, an 8.0-Megapixels selfie camera is also provided for amazing self shots and video calls/recordings. Images are captured with the Dual Pixel Sensor which works with a brighter F/1.7 lens and larger 1.55µm pixels to record images the way your own eyes do. 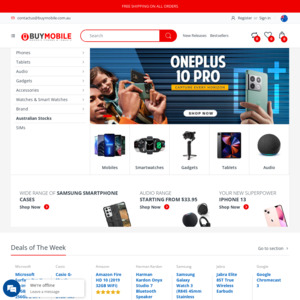