This was posted 4 years 3 months 12 days ago, and might be an out-dated deal.

These are great products, have tried them and provide excellent value for money. They ship express, typically from Europe or US and shipping costs are low. 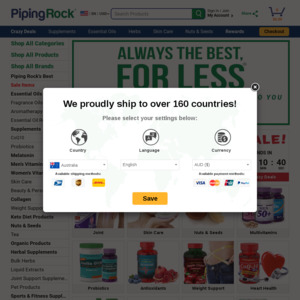