This was posted 2 years 23 days ago, and might be an out-dated deal.

Energy Australia have a new plan "Secure Saver" which locks in the current rate for the next 2 years. Given the rate that electricity goes up each year this should be a good discount towards the end of the period. You are required to lock-in with them for the 2 years, but the cancellation fee is only $22, so no big deal.

They provide discounts of 28% in Qld and 25% in NSW, which are better than the rates on their previous flagship "Flexi Saver" plan. The discounts are absolutely meaningless as you've got to compare it to the KWH rate. Comparatively the rate and discount is reasonable, but for a full comparison of all electricity providers' costs for your usage use the Australian Electricity Prices Comparison Spreadsheet (Hint: chose File, Take a Copy to take a copy of the spreadsheet to use yourself). 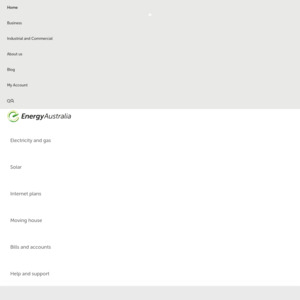