This was posted 2 years 2 months 11 days ago, and might be an out-dated deal.

we are offering our post workout shake for just $8.00 per kg, normally $25.00 per kg.
Packed with over 28g of protein from Whey Protein Isolate, 39g carbs from dextrose and maltodextrin and with the addition of L-Glutamine, Arginine Alpha-Ketoglutarate, Tri-Creatine Malate, Leucine, Iso-Leucine, Valine, Alpha Lipoic Acid, all in an 82g serve.
comes in amazing dutch chocolate and mango flavours. LIMITED STOCK. Free shipping on all orders over $80.00 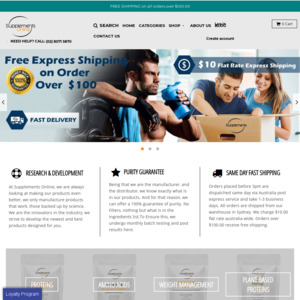