This was posted 1 year 5 months 3 days ago, and might be an out-dated deal.

Get an amazing $300 off the 624 Mattress and sleep well this summer! You'll never see a better mattress at a lower price. Buy it now while stocks last! 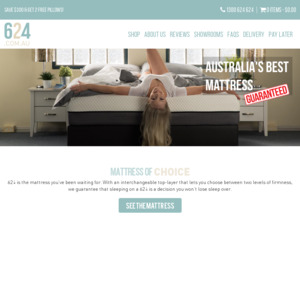