This was posted 3 years 9 months 28 days ago, and might be an out-dated deal.

Been looking to replace my large non dimmable downlights, and saw this pack for 4 Philips HUE Aphelion Downlight. Normally around $69 each. Works out to be $59.95 each

Experience light for your moments and ambiance from warm white to cool daylight with Philips Hue White ambiance Aphelion LED downlight. Helps you to fall asleep and wake up gently, energize and help you to concentrate, read and relax. The downlight features an integrated LED. Required professional installation by qualified electrician. 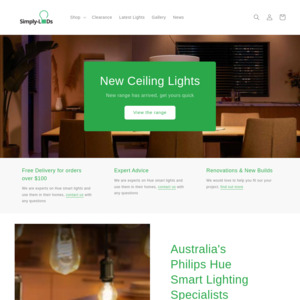