This was posted 1 year 6 months 2 days ago, and might be an out-dated deal. 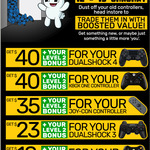 Targeted to EB World Members. Can't find it on their site so heres a screenshot of my email.
I'm only level 2, but we all know a friend on level 4 who can come through.

This weekend only EB are buying back old controllers to spend on anything in-store.

Pretty good price for my old PS3 controllers just sitting here doing nothing for the past 5 years.

Update
For those wondering trade credit can be recieved via gift card. Eb has a pretty chill trade policy. They charge refurb fee only If there's visible physical damage or you have sticky buttons. Anyway dropped in with 2x DS4 and 1x DS3… Cashed out $113.30. Probably hold off spending until the next controller sales 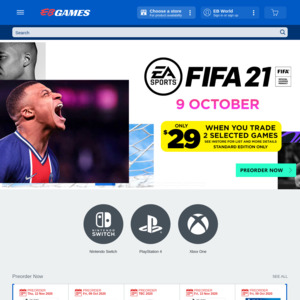