This happened on Saturday, 23rd Feb around 10:30 pm. A lady left a trolley unattended and after 2 minutes, it started rolling, picking up speed and leaving a deep dent on the side of my 1 week old, new car, while I was reversing into the spot :'(. The damage will cost between $500-$1000 to fix- I was wondering what options are available? Edit - I think there's a slim chance of identifying the lady and getting the retailers to take responsibility but I just wanted to get some opinions from you all.

Chadstone has kindly provided the images below, which captured the careless customer. However, it is difficult to determine which retailer did the trolley belong to, Coles or Woolworths? Please complete Poll as I am thinking to contact the most likely retailer to warn them of this hazard.

All advises are appreciated! Thank you all in advance.

Update Sat 2nd: I've sent a complaint via Coles and Woolworths website cause I think I should report my incident. I recieved the low quality images above from Chadstone, and have requested for the full video. I can't seem to draw the incident well w overlapping arrows but here is my attempt: https://files.ozbargain.com.au/upload/290695/67253/screensho... Probably best to wait for the video, if they provide it.
I will not go through insurance as it should cost less to fix than to pay an excess and risk higher premiums. Ordered a couple of dent removal items off ebay <$50 and will try fixing it ourselves first- wish me luck XP. Will update again in a week. Thanks for all the responses.
ps. I have been driving for almost 12 years and have never been in an accident that I was at fault. I only had one dent fixed on my old car because another reversed into it- traded in for 10k when I got this new one. I believe that even if I did notice the trolley, I still wouldn't be able to get out of its way in a safe manner, but I will keep all your comments in mind when parking next time. Reasons for a new car is cause it comes with 7 years warranty, roadside assistance and capped servicing. I am not a car person and I know I cannot fix my car if anything goes wrong- including changing a flat tyre lol. I prefer having the peace of mind when driving a new car as it shouldn't have any technical problems within the warranty period.

Update Mon 4th: I heard back from the retailers and confirmed it is possible to lodge an incident report/claim with their Customer Care Team. For others in a similar situation, please report the incident to the store and then you need to contact their team ie. Coles on 1800 061 562 or Woolworths on 1800 069 470. Provide the date/time, location, brand/product details (if a product was involved), description of incident, description of injuries/damages and your contact details via email, fax or letter from yourself. They will then do an assessment of liability and respond whether they will cover your losses. 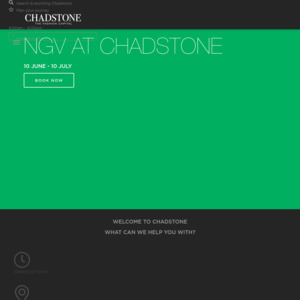