This was posted 2 years 9 months 14 days ago, and might be an out-dated deal.

Good deal with a range of 6 flavours to choose from. It's already quite cheap even without the carnitine.

EHPlabs OxyShred is the most advanced and potent thermogenic fat burner ever developed. OxyShred induces hyper-lipolysis, which is a complex process of super-efficient and enhanced burning of the subcutaneous fat molecules.

EHPlabs Acetyl L-Carnitine is HPLC tested and proven to be the highest quality pharmaceutical grade Acetyl L-Carnitine on the market. The fine crystalline powder and the potency of a concentrated serving size is testament to this. 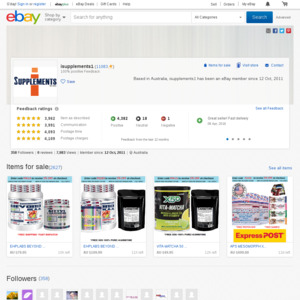