This was posted 1 year 4 months 13 days ago, and might be an out-dated deal. 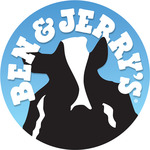 So this popped up on my facebook and you need to fill out the form to show your support for climate change and then you get an email for a free scoop which you just show at any Ben & Jerry's shop. No barcodes or anything. 350 free scoops per shop.
https://act.350.org/signup/pledge_to_voteclimate/

From the email:
A little thank you for pledging to #VoteClimate
To say thank you for pledging to #VoteClimate we have partnered with our friends at Ben & Jerry’s to give you a free scoop of ice cream from any Ben & Jerry’s Scoop Shop – just show this email when you order. Only 350 scoops will be given out at each Scoop Shop between Monday 13th May to Friday 17th May (both days included) so find your nearest Scoop Shop today.