This was posted 2 years 5 months ago, and might be an out-dated deal. 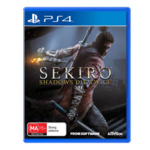 Sekiro: Shadows Die Twice - PS4 XBOX This is cheapest ever, and first time ever on special since releasing. I doubt it may drop to $28 during Prime Day in July :D