This was posted 1 year 23 days ago, and might be an out-dated deal. 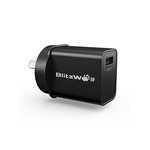 Cheaper than the deal I posted earlier and given there is no coupon… cashback is guaranteed.

The BW-S9 has an AU plug and features one port with Qualcomm's Quick Charge 3.0 and Power3S intelligent charging technology.