Offer valid for new and eligible returning subscribers (who have not been Hulu subscribers in the past 12 months) only. Not combinable with any free trial of the Hulu (ad-supported) plan or any other promotional offers or pricing (including the Disney bundle); not redeemable via gift card. Any plan switch after redemption of this offer will result in forfeiture of the discount pricing.

Might be worth reading last years deal for tips - https://www.ozbargain.com.au/node/419632. I have had success subscribing with my Citibank MC Debit. 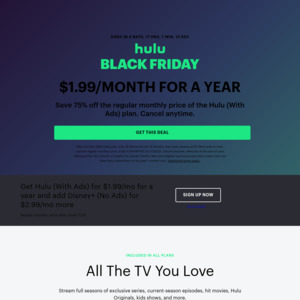