Needed a battery charger and these always seem to get a good reviews and feedback here and elsewhere so was waiting to come back on sale to ~$85 at repco or Amazon. Except both of them have it far more expensive at the moment, despite being on 30% sale at Repco

Anyway decided I needed it sooner rather than later with the car playing up, so SparesBox has take $20 off over $100 which brings the price in cart from 118.95 down to 98.95 delivered. Not the best price ever, but the best price I can find right now

Edit: forgot cashback- I'll hand in my licence. that's another 5% from the usual suspects 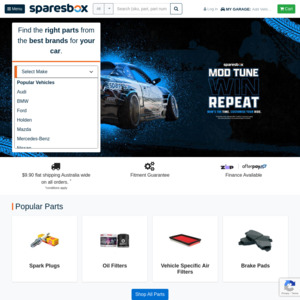