We are the premier supplier and installer for Brivis for over 15 years, it is recommended to speak to one of our HVAC experts for choosing the best system that you need.

FREE Delivery, please confirm the delivery address after purchase via eBay message.
Free Local Pick up is also available at our Greensborough Warehouse if your time is not flexible.

All the listings we have in stock are valid. However, the FREE delivery is currently for Brivis BX320 and Melbourne metropolitan areas only at the moment, if you need other products for free delivery, please confirm with us before purchase. 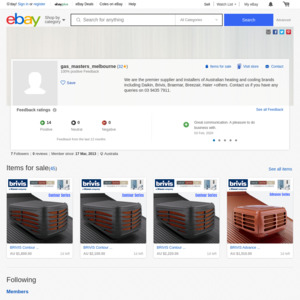