Edit - register here to claim the game. It appears available for everyone.

Thank you for tuning in to Ubisoft Forward!
After registering you will soon receive your free PC copy of Watch Dogs 2 in your Uplay PC library. The other in-game rewards will soon await you directly in the related games.
Void where prohibited by law or regulation. Participants must be 18 or older at the time of entry. Ubisoft may offer alternative giveaways, when necessary

Update from Ubisoft: Don't worry! We'll be giving out the rewards to all of you, even if you were unable to log in successfully. Sit back and enjoy the show!

Game can be claimed for free as part of the Ubisoft Forward show. The show can be watched on Youtube, Twitch and Mixer.

Don't forget to log in with your Uplay account anytime after Trackmania and before the end of the main show to claim a free copy of Watch Dogs 2 on PC, and to get a chance to answer trivia questions and win some rewards for a variety of Ubisoft titles.

To actually claim the freebie, you will need to login in to your Uplay account anytime after Trackmania is shown to kick off the pre-show and the main show ends. This will be the only way to claim the game for free.

Check out all the latest and upcoming Free Games.
Gaming PC Game Ubisoft 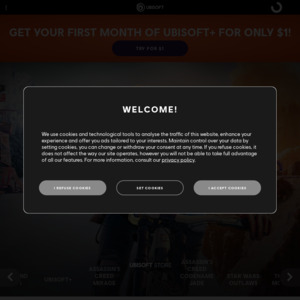