Baccarat sells this double layer enameled cast iron fry pan on 50% off sale. I got $20 promo code when I signed up for their news letters. Free delivery over $100. There are many other items on sale so I made my purchase for $103 (eligible for free delivery) then I paid $83 after my $20 welcome voucher. 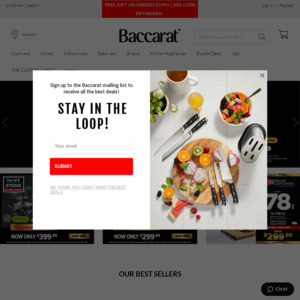