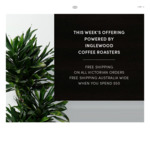 50% off store wide at Inglewood coffee roasters with code.

Have used them twice and coffee was very good each time I ordered. 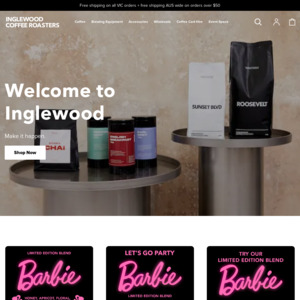