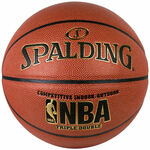 Indoor / Outdoor Basketball available in sizes 5, 6, and 7 all the same price at $34.99 with Free Shipping from Rebel Sport.

Description
The Spalding NBA Triple Double Basketball is an ideal choice for competitive players with a durable rubber skin, suitable for both indoor and outdoor courts. The butyl bladder ensures superior air retention while a traditional wide channel design allows maximum grip and control on the court. 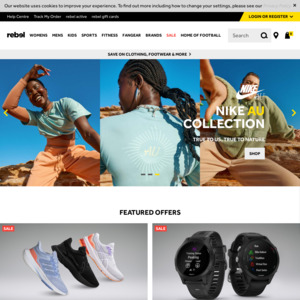