This was posted 1 year 6 months 8 days ago, and might be an out-dated deal.

Following on from the Myer sunnies deals, Sunglasshut has come to the party also.

Most Rayban glasses are 50% off and you can snag Wayfarers for under a hundred dollars. Check them out at the link below. Sure to go fast. 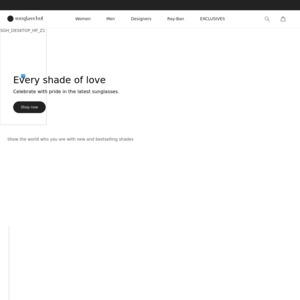