Take advantage of free online Self-Help for Your Mental Health.

THIS WAY UP provides evidence-based online courses that have proven step-by-step strategies for managing stress, anxiety and low mood. They are designed to tackle common symptoms of specific mental health conditions. You don't even need to know which condition you may have, simply take an anonymous online test to find out which one could be right for you.

Usually $59 per course, now free if supervised by your GP. There are also some free wellbeing courses you can access right away without your health professional! 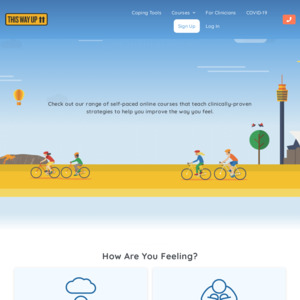