The portable Inspiration Cube gives you over 400 encouraging audio messages, personally selected by Pastor Joel! This audio device doubles as a Bluetooth speaker with high-quality sound and optional headphone port.

Receive this encouraging resource with a gift of any size!

Simple-to-Use – just press a button to hear a Daily Inspiration, Sermon or Affirmation
Favorites – save your favorite content in one easy-to-find location
High Quality Speaker – features brilliant sound
Bluetooth – sync with other devices to use as a smart speaker
Headphone Port – connect your earbuds or headphones for privacy
Rechargeable – convenient and portable

P.s:
Last time I ordered, it was shipped from Queensland Via Auspost 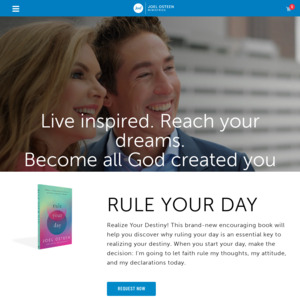