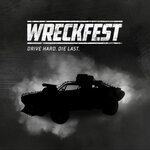 Two little freebies for the PS5 owners among you. Note that these freebies are indeed for the PS5 versions of the games, not the PS4 versions.

The bonus car for Wreckfest is the former Pre-Order bonus.

This item pack can be used in FINAL FANTASY VII REMAKE and includes the following: